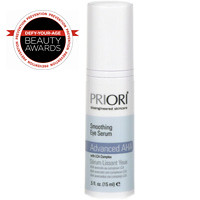 Lines and furrows and wrinkles – clinically called rhytides – are typical of an ageing skin and are attributed to the irregular thickening of the dermis coupled with the decrease in the amount of water held by the epidermis.

Genetic tendency, skin phototype, exposure to environmental conditions and lifestyle choices are some of the factors that can affect the degree of severity of these seemingly alarming changes in a person’s appearance.

Aside from natural ageing processes, the following factors appear to be most common culprits – while it should be noted that some reasons are simply unavoidable: sun damage, muscle movement, gravity, surgery, injury, acne, discoid lupus (skin diseases with a tendency to scar), smoking and exposure to environmental toxins such smog and dust.

With lines, there is often a degree of irregularity and asymmetry, as people tend to smile, smirk or frown more on one side than the other, or as preference to sleep on the right or the left cheek.

Furrows are actually deeper lines and clinically classified as either dynamic or static. Dynamic lines appear with movement of the facial muscles. Eventually however dynamic lines become static lines and will surface permanently and fixedly despite muscle movements.

Common form of furrows include crow’s feet, which appears around the eyes due to smiling and activity of the eyelid muscles; worry lines, that emerges on the forehead due to contraction of the frontalis muscle when raising the eyebrows; and, frown lines which develops between the eyebrows due to contraction of corrugator supercilii muscles and procerus muscle when angry or concentrating.

Another nasty ageing problem is sagging skin. A reduction of the fat cells under the skin, loss of collagen and elastin fibres and gravity, which causes the lax tissue to sag are factors that would result to skin laxity or drooping. Parts of the face that sags and bags include the forehead, upper and lower eyelids, eyes (would appear hollow), jowls, necline, earlobes, tip of the nose and upper lip.

On the other hand, the Fitzpatrick classification of facial lines refers to the degree of wrinkling with focus on the areas around the mouth and eyes: Class I – fine wrinkles; Class II – fine to moderately deep wrinkles and moderate number of lines; and, Class III – fine-to-deep wrinkles, numerous lines, and possibly redundant folds.

Today, the field of cosmetic care and surgery has developed advanced technologies and remarkable innovations to address the problem on wrinkles, lines and furrows. A younger appearance and improved complexion is not far fetched.

Best results can be obtained with the range of cosmetic procedures available today. From topical retinoids and anti-ageing formulas pumped with vitamins, Alpha hydroxy acids and various plant extracts to various resurfacing techniques including chemical peels, dermabrasion and thermage.

Implants in the form of temporary or permanent fillers or grafts can lift individual lines and furrows. BOTOX® treatment can paralyze the muscles that are responsible for frown lines, crow’s feet and forehead lines. Meanwhile, cosmetic surgery takes care of sagging tissues through various face lift techniques.

Great Suggestions On Taking Care Of Your Skin

Skin Care Can Be Easy With These Effective Tips

Agel Ageless Skin Care: How to Look Younger than Ever Without Any Painful Procedures!

Propensity to Self Subversion A Secret to Everlasting Youth

The beauty of the heart is good for everyone. The skin condition can add a lot to the temperament of the whole person. Skin care has become a science in modern times.
Contact us: [email protected]

A Mobile Styles Makeover for You!

Benefits of Collagen for Skin Care

How To Keep Your Skin Looking Its Best